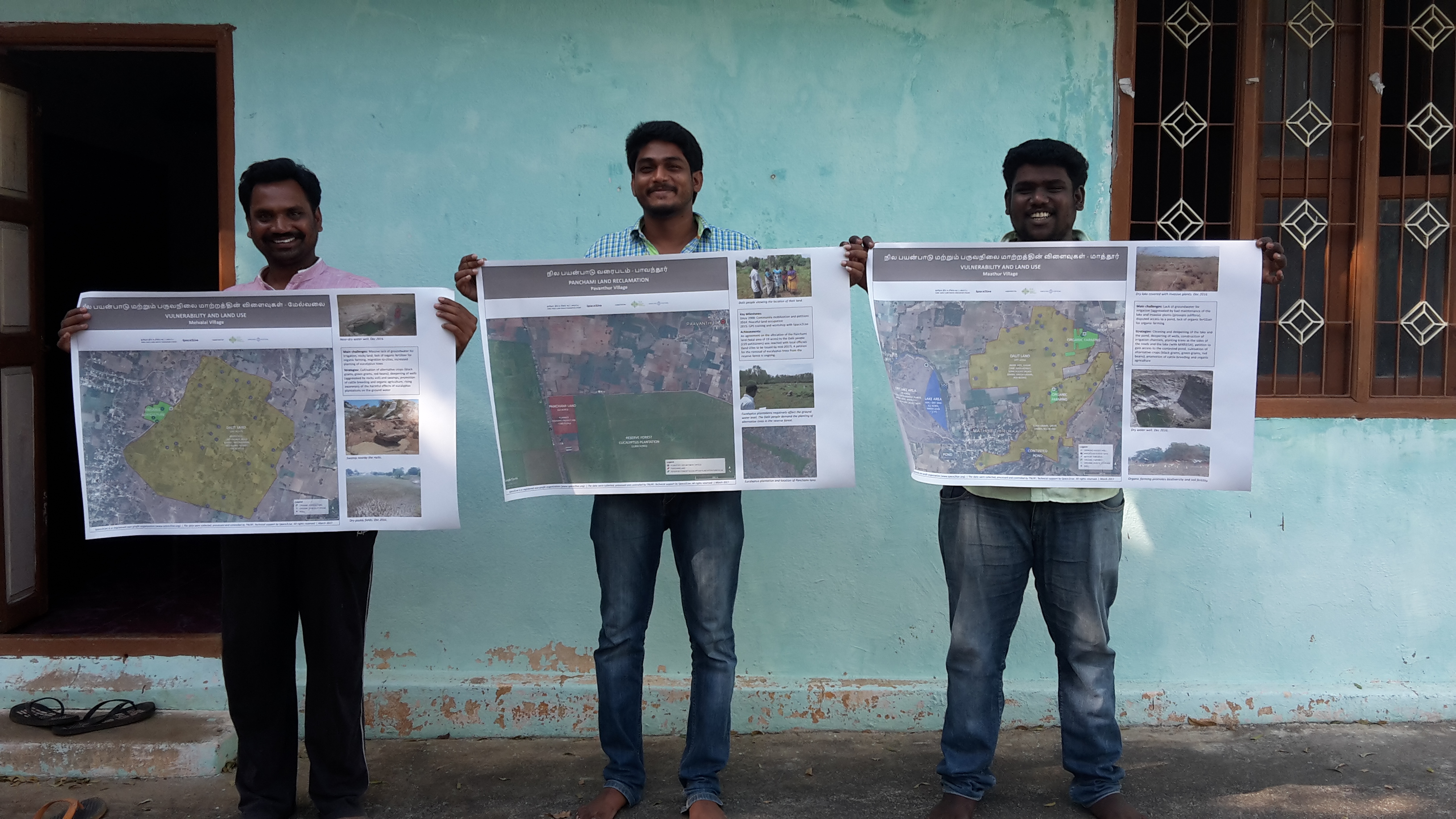 In March, I visited our project partner, the Tamil Nadu Land Rights Federation (TNLRF), whom we´ve been working with on a land rights project in Southern India. It was hot and dry, and luckily, the most exhausting part of the project – GPS-tracking the fields of Dalit people – had been done by dedicated community members in the precedent months. I was there to help them finish their work by creating maps out of these data. These maps serve as a tool for the Dalit people to demonstrate their efforts in the land reclamation process.

Dalit – or in English the „oppressed“ – people do not belong to any caste within the Indian caste system. They´re living on the edge of society. In Tamil Nadu, India´s southeasternmost state, Dalits represent about one fifth of the population. They experience daily discrimination, threats, and extreme poverty. Access to land – a vital resource for the rural population – has always been critical for the Dalits. Although they legally own significant amounts of land – the British assigned about 202,000 hectares of land called “Panchami land” to the Dalit people in the late 19th century – much of that land has been taken over by caste people over the years. 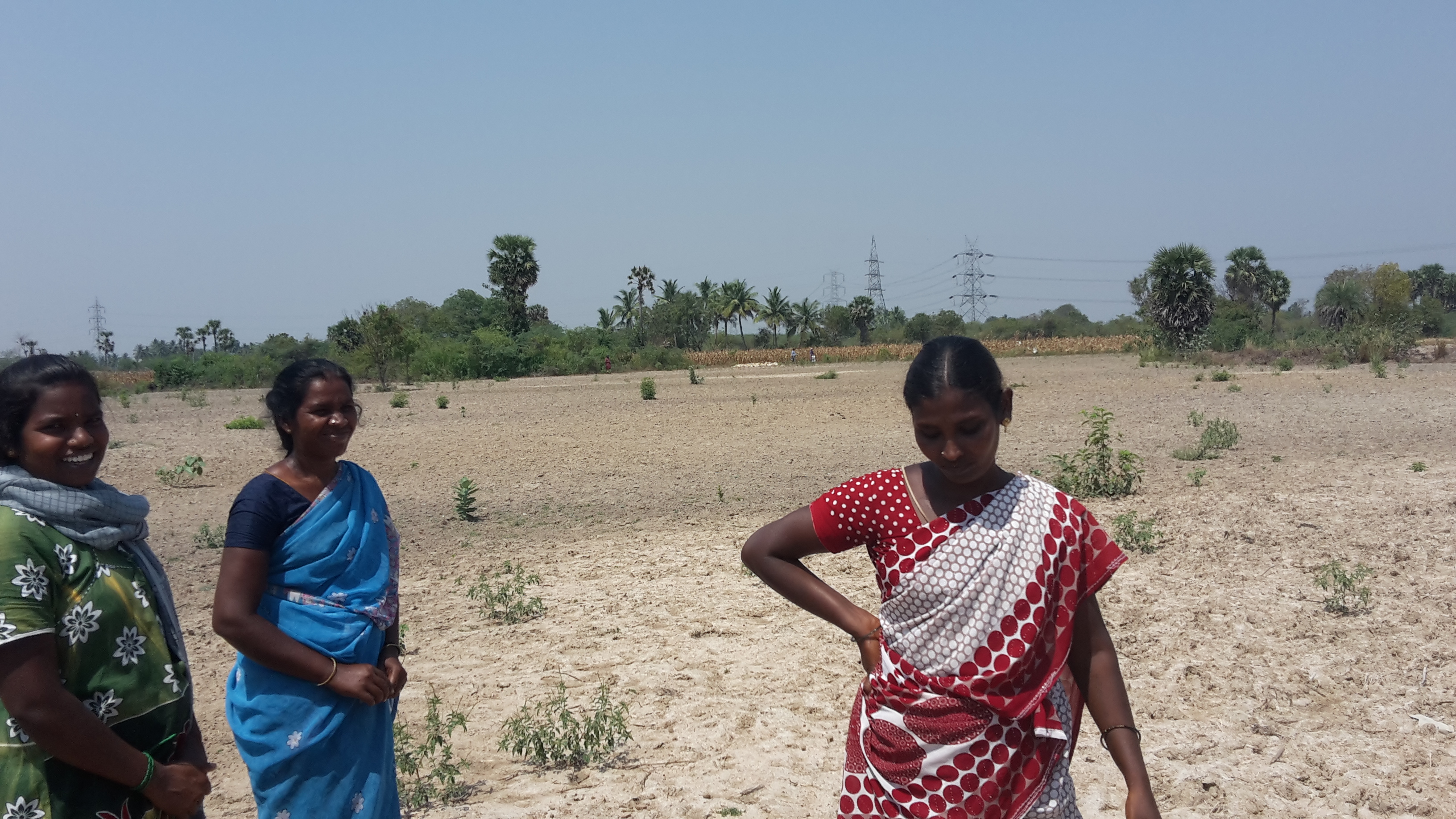 In 1994, the killing of two Dalit men who protested the land grabbing sparked an outrage and fuelled the formation of a state-wide movement of Dalit people. Women started to organize petitions, mobilize their neighbours and engage in negotiations with the government. On the initiative of TNLRF, a process to systematically identify the Panchami land was started. In workshops organized by TNLRF and my colleagues from Space2Live, young Dalit members learn how to use simple GPS-tracking applications to document the land they want to reclaim. Over the last couple of months, they managed to collect detailed data in about one dozen communities across Tamil Nadu. 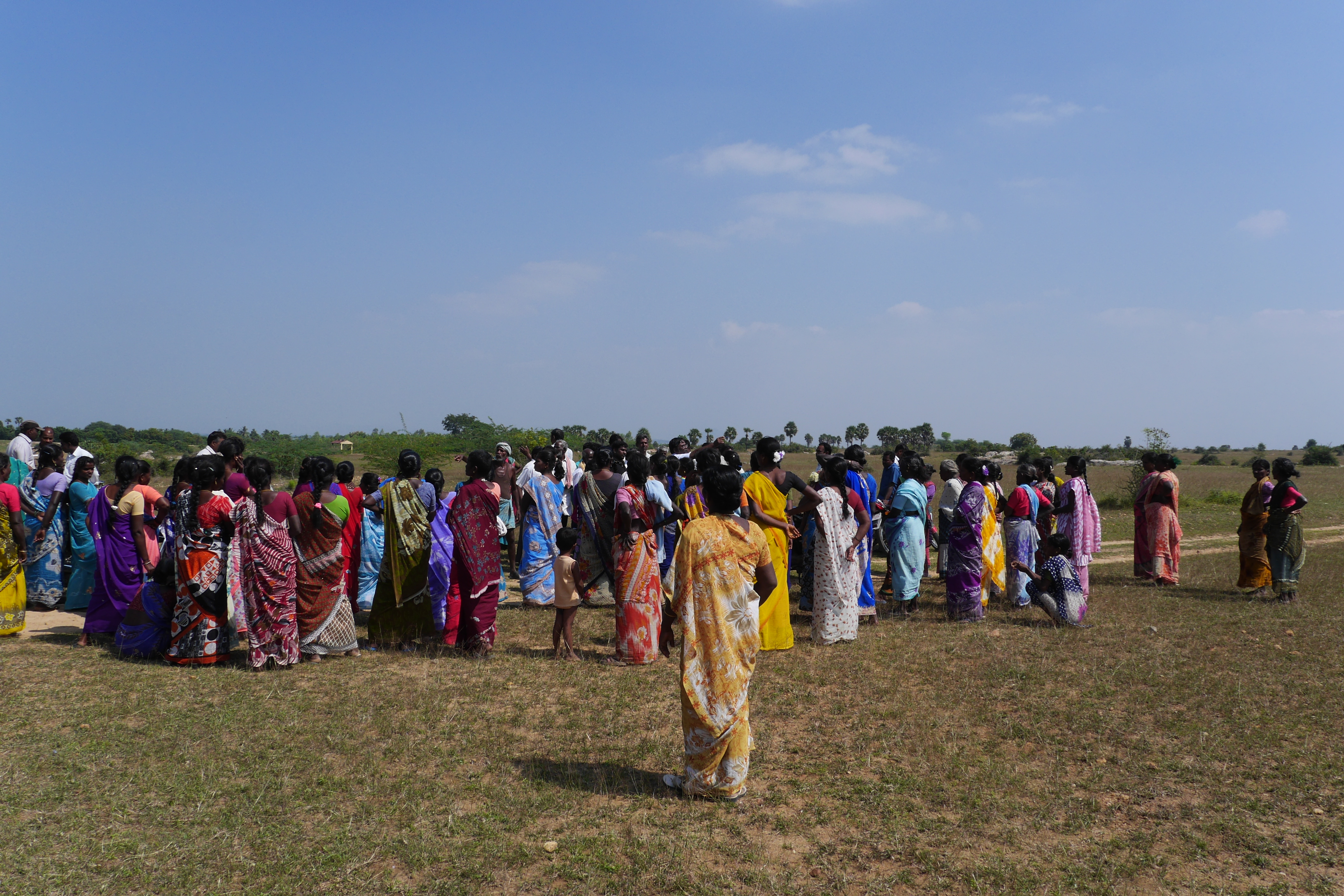 The mapping exercises facilitate the identification and documentation of the “Panchami land”, and they also strengthen communities´ negotiation base within the land reclamation process. Existing official maps that show the size and location of the land exist; however, they provide a one-sided picture that helps government officials to verify the Dalit people´s claim on the land but holds down the Dalits´ own negotiation capacities. Having their own maps with precise, accurate and comprehensive information creates a bottom-up counterpart to the official government maps. This strengthens the Dalit communities´ role within negotiations around the land and makes government officials recognize the strong organizational capacities of the Dalit people. I remember our local colleagues´ encounter with a police officer who came to chase the Dalits from a plot of contested land but eventually pulled back when they showed him their maps. 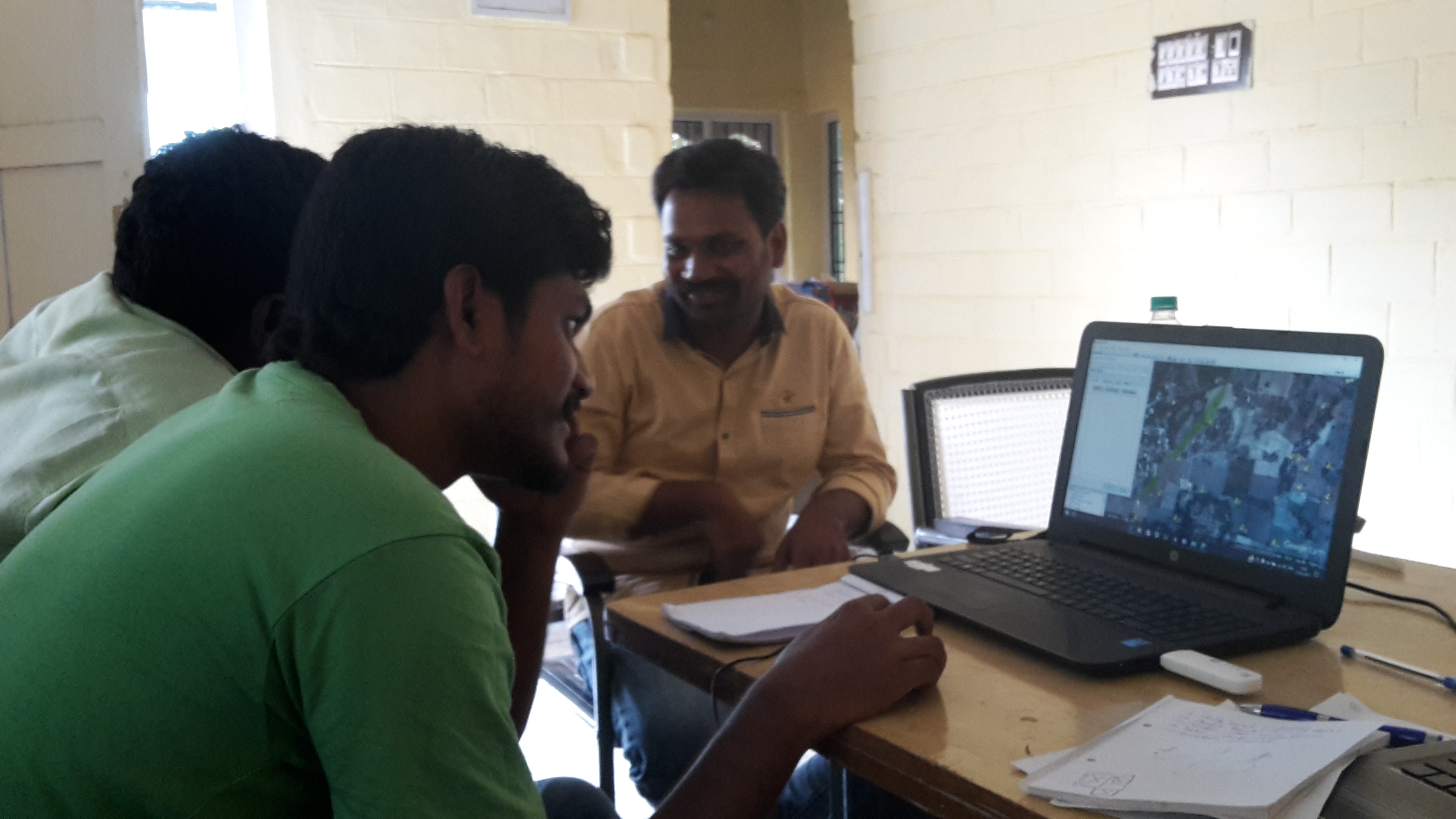 Some communities went one step further and started using their new skills to create maps that help them improve their farming strategies. Southern India has experienced extreme droughts over the last couple of years, and people recognize the need to adapt to new challenges. Land use maps provide an overview of existing natural resources and facilitate long-term adaptation. In three communities, farmers have started to engage in communal projects such as cleaning and deepening lakes, constructing irrigation channels or introducing organic agriculture to preserve soil fertility in suitable locations. 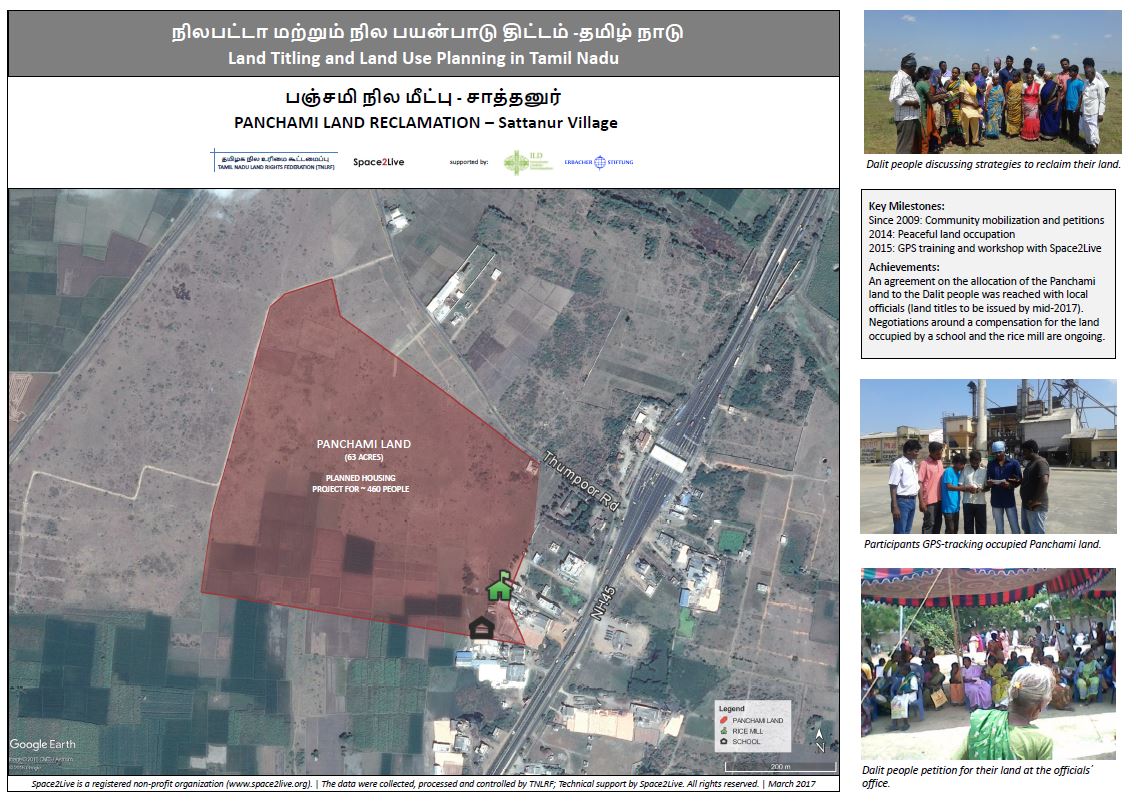 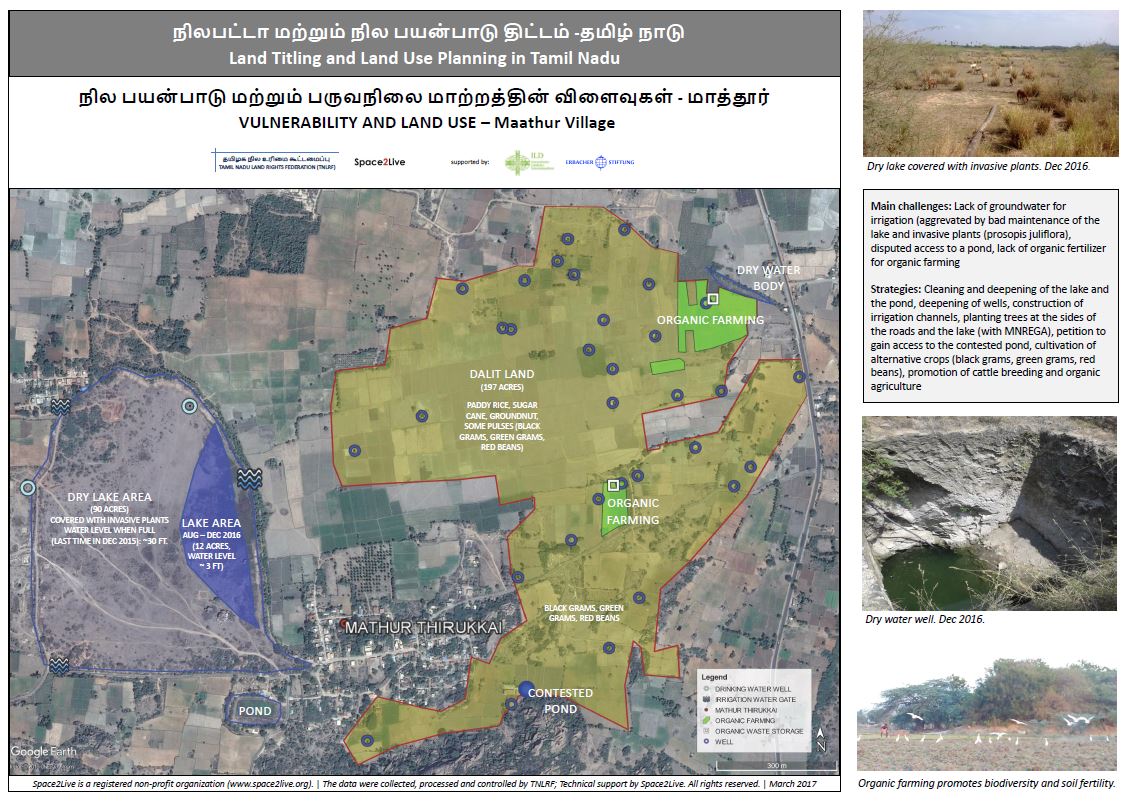 Land use map of Maathur. 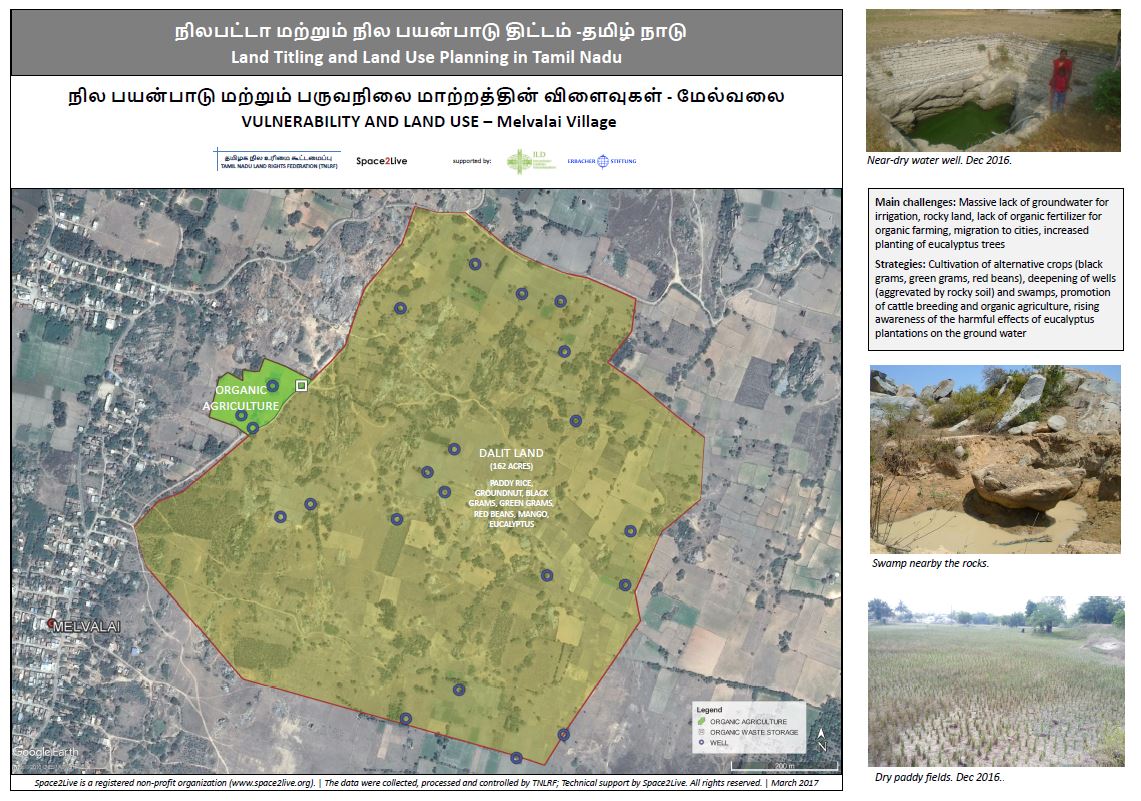 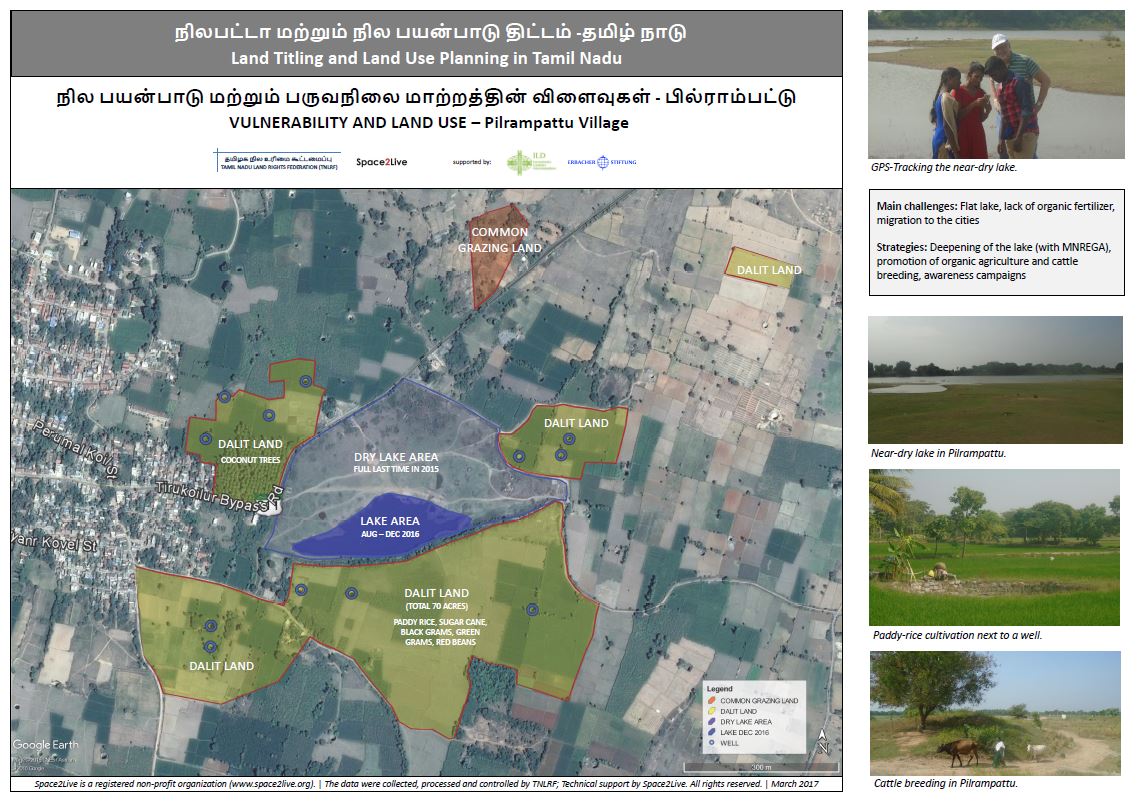 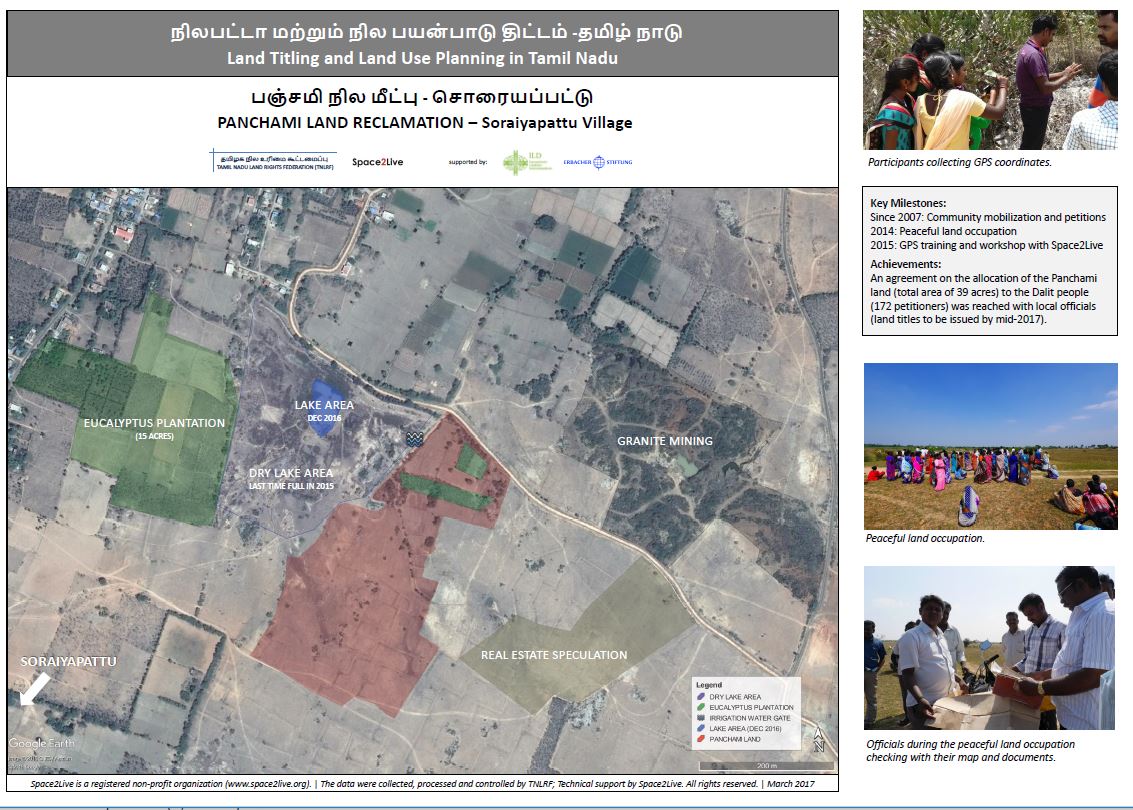 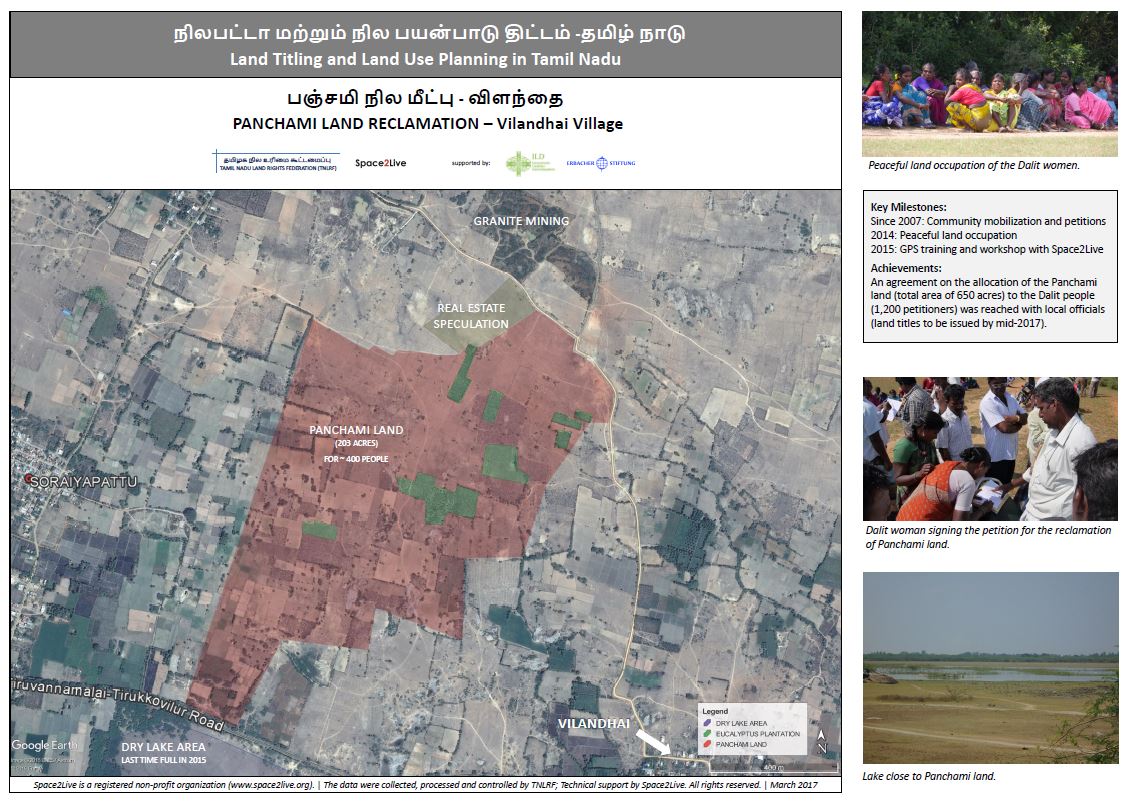 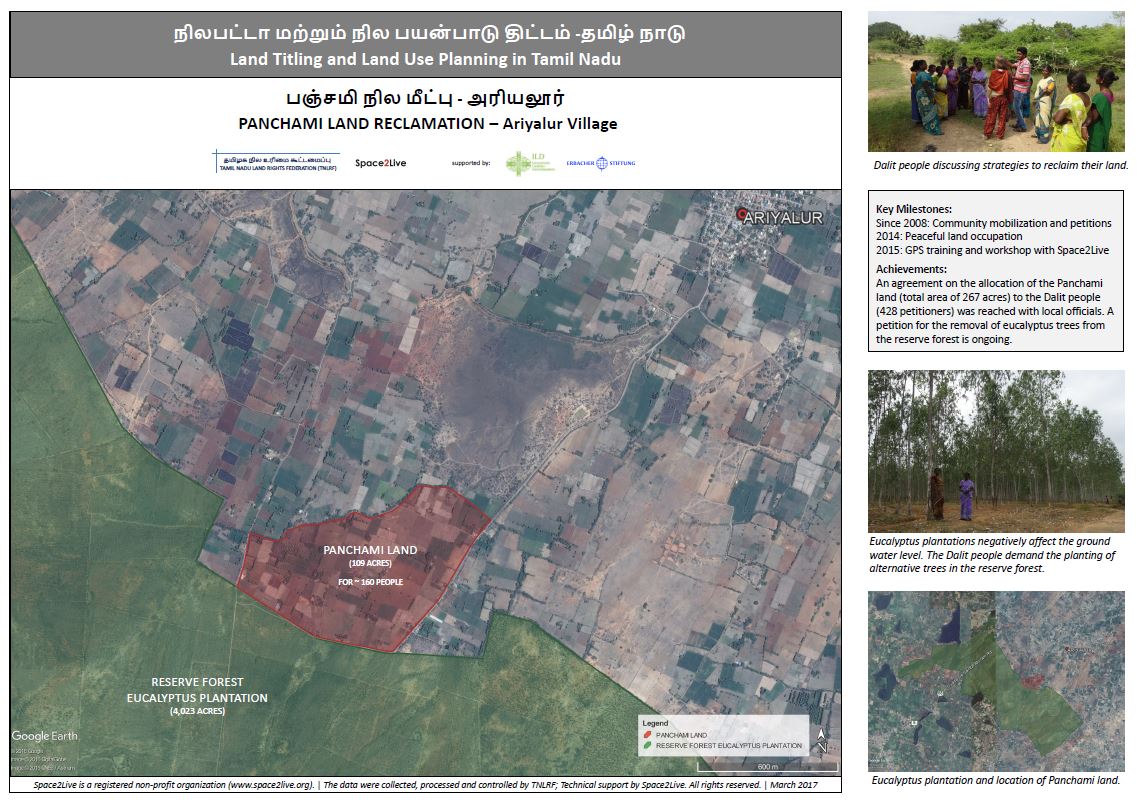 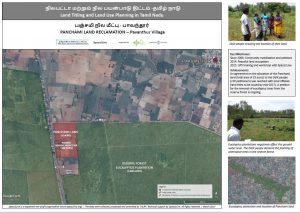 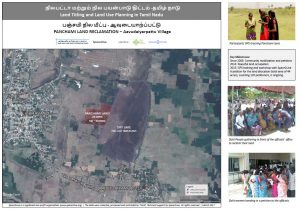 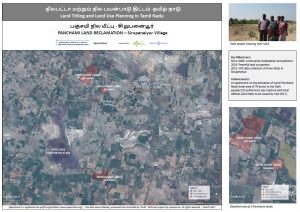 *Space2Live provides training in the use of various open source softwares for non-profit purposes.