Type of project: Research   Status: Completed
Background: Sumatra is severely deforested. In favor of the paper and palm oil industry, large areas are being cleared throughout the country and huge plantations are being planted. Land that has been cultivated by local smallholders for many generations is also affected. In the higher parts of the country, around Lake Toba, smallholder families living off the harvest and tending of their frankincense resin trees are being evicted from the patch of forest they have tended and managed for many generations. The frankincense trees and the species-rich forest have a high cultural value for the mostly indigenous residents, since caring for the trees is accompanied by many rituals and customs and is an integral part of everyday life. In addition to losing their source of income, the loss of land - often characterized by communal ownership - also means disrupting the way of life that has been handed down for many generations. Those affected are supported by the organization ksppm - Kelompok Studi Penyadaran Hukum “Legal Awareness Education Study Group”. The Toba-Batak ethnic group keeps getting together in many of the affected areas to demonstrate against the land grab. However, this often leads to escalations in land conflicts and violent riots on the part of the population and the security forces.

The study made it clear that land grabbing in Indonesia is facilitated by many factors in politics and legislation. The negative effects of the land conflicts that result primarily affect the rural population, but also the state and the affected company, which has to make additional expenditures in the area of ​​security and cannot rely on the preservation of designated areas. The analysis of the case study region and its potential, as well as four selected conflicts in the region, made it clear that the continuity of the actions of the villagers together with the non-governmental organization contributed to the recovery of the disputed area. The consolidation of the Ministry of Forestry in the state capital and the continuity of the actions at all administrative levels were particularly decisive. However, although the villagers have already achieved success in the case studies examined, three of the four cases are still ongoing. Due to the high number of land conflicts in the region and the recurring escalation of these, it became clear that there is a need for action for all stakeholders. It was shown that a wide range of options for action is available for each individual stakeholder. A forward-looking innovation for resolving the conflicts could be implemented as a pilot project in the Toba Batak region with the introduction of regional management. This would give the region the chance to tackle several problems at the same time and possibly represent a model region for other affected areas in Indonesia. 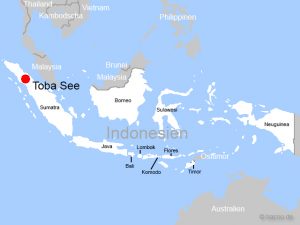 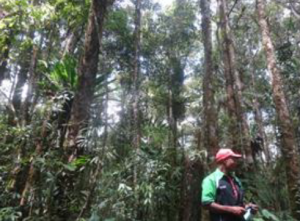 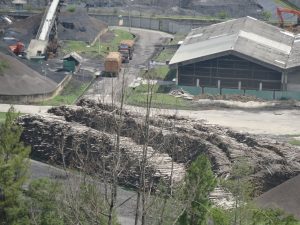